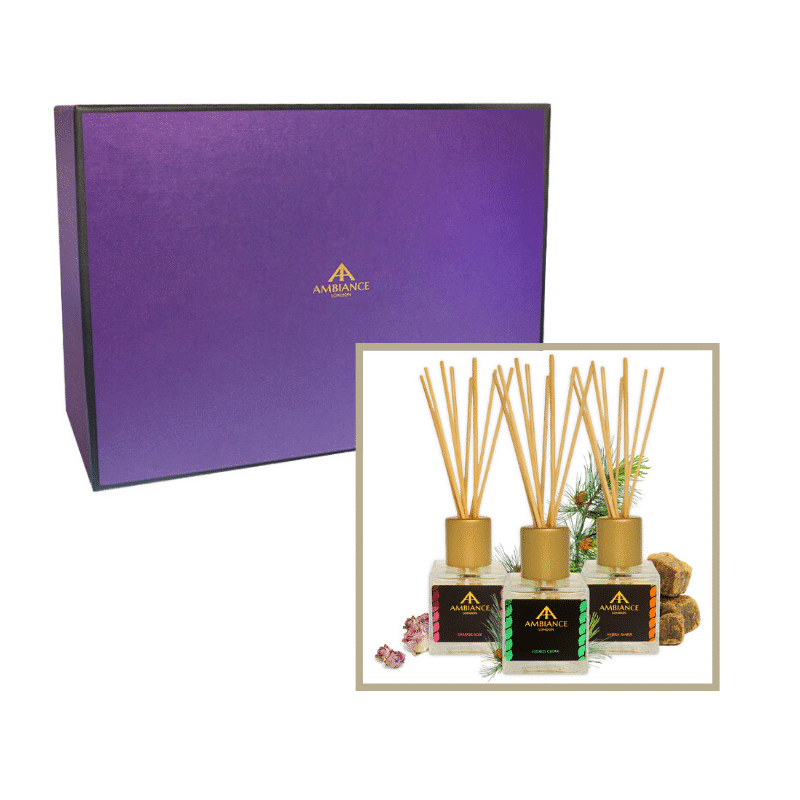 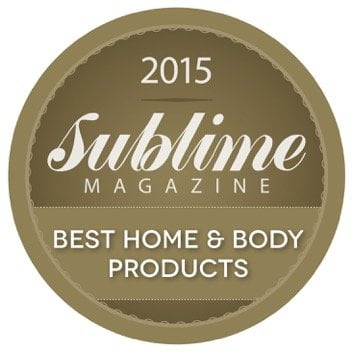 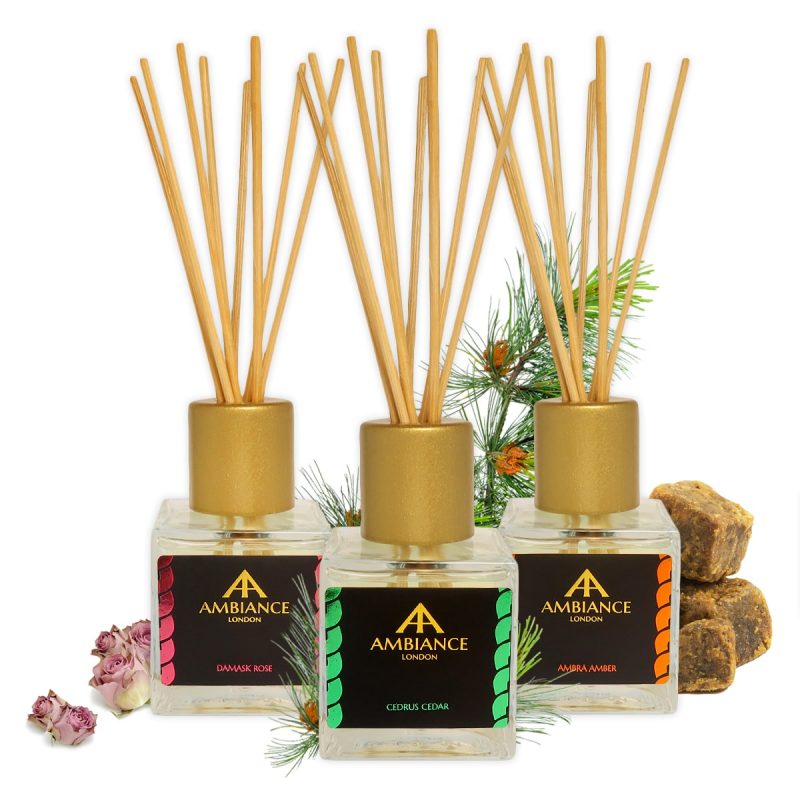 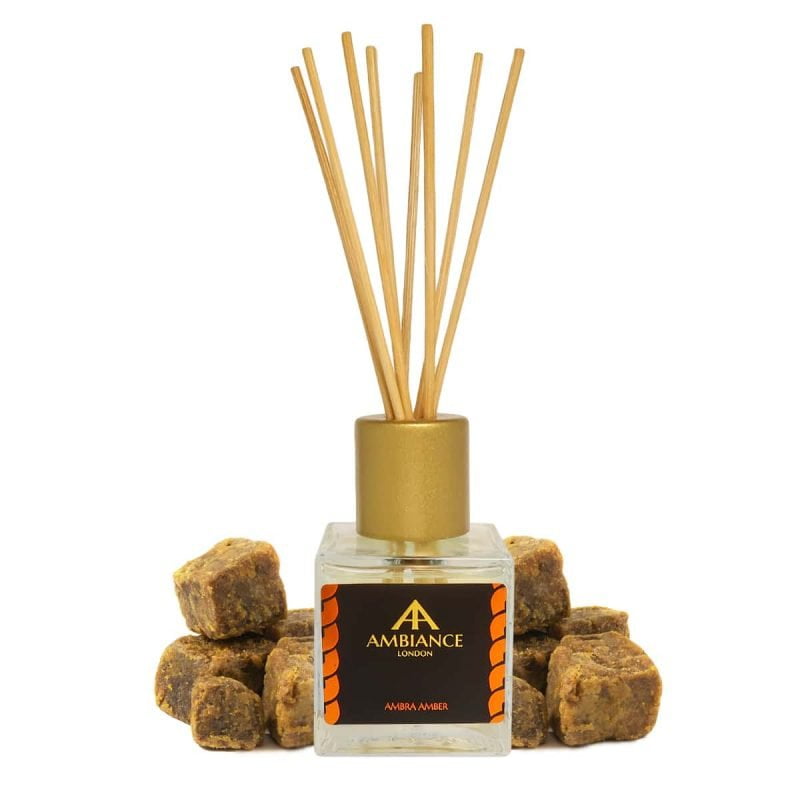 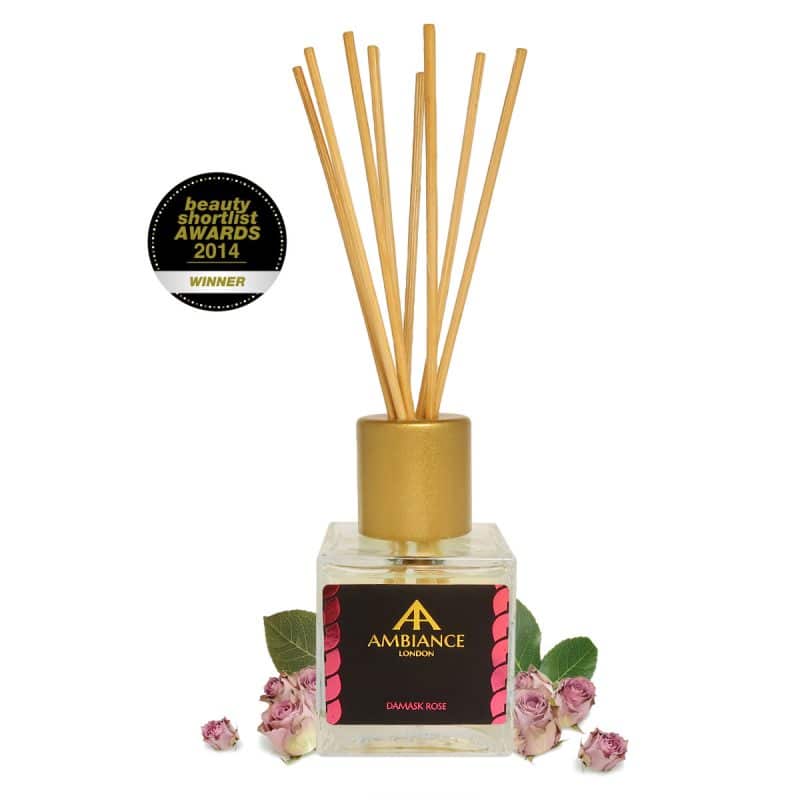 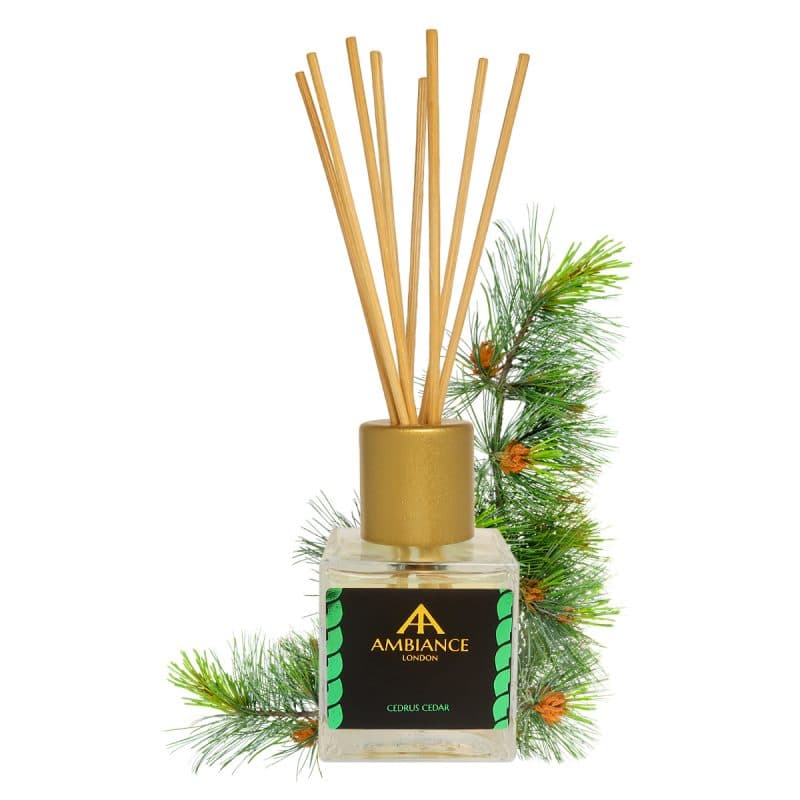 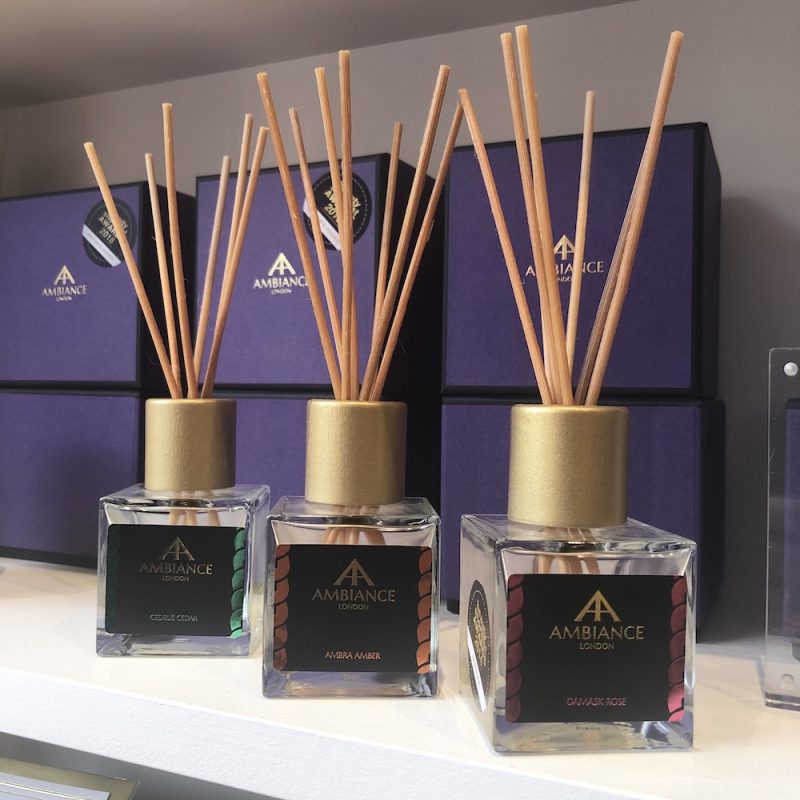 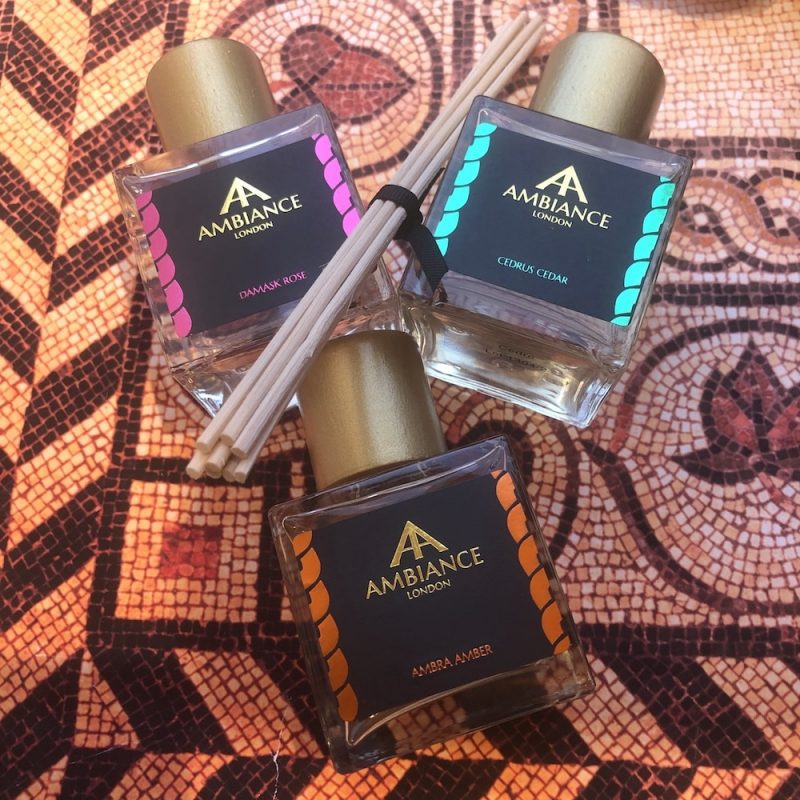 A fragrant housewarming gift that’s ideal to gift to your own home, these luxurious home fragrances stylishly refresh your space with a pop of colour.

Editor’s Notes:  Accessorising your home with chic fragrances is also possible without a flame. These fragrant oils sublimely scent any room and will sit especially well in your washroom or hallway.

As featured in the Evening Standard’s Homes & Property Luxury

Ambra Amber:  A peppery dry and soft aromatic that is sensual and comforting. Inspired by the Ambergris resin favoured by Roman Emperors. Olfactive Family: Oriental

Ancienne Ambiance blends the finest fragrances, formulated in France, according to recipes from antiquity.

Product Information:  Each 100ml glass bottle will last for approximately 3-4 months (16 weeks), comes with 8 reeds and signature gold cap.  Ancienne Ambiance Reed Diffusers are created with fine fragrances and are free from harmful chemicals. Beautifully presented in hand-crafted luxurious gift boxes made in the United Kingdom.

Mosaic Homage:  Ancienne Ambiance Reed Diffuser labels pay homage to the beautiful artistry of ancient Roman mosaics, taking inspiration from ancient motifs found in some of the most well known mosaics of the Roman Empire.

There are no reviews yet.

This site uses Akismet to reduce spam. Learn how your comment data is processed.